Dr Mariella Marzano of the Forestry Commission is carrying out research into the relationships between landscape and other professions – in particular, the way we think about plant health issues. She would like to hear a range of perspectives from practitioners. If you can spare 20 minutes to discuss your work with her, please contact her at mariella.marzano@forestry.gsi.gov.uk.

The LI Biosecurity and Plant Health Group is about to publish the first Biosecurity Toolkit for Landscape Architects. A long time in preparation, this toolkit follows the RIBA and LI Plan of Work, identifying key biosecurity issues to consider from landscape assessment to long-term management.

Save the date: The LI will run a CPD day in summer 2019 focusing on biosecurity and plant health from a landscape perspective. The day will focus on practical applications of current research and guidance, including a demonstration of the new Biosecurity Toolkit for Landscape Architects.

More about the LI CPD programme.

New, informative and well-researched tree species selection resources are freely available. Each has a slightly different focus and aim.

Where are similar guides for herbaceous perennials, shrubs, grasses and geophytes?

From Alternatives Journal: The importance of establishing species diversity in new tree planting schemes is that it increases carbon sequestration. Quality in selection, not quantity, is what’s important.

The 2018 Autumn Budget allows for £10m of funding between 2019-20 and 2022-23 for local community street trees and urban trees. (This is estimated to represent 100,000 trees, but there is no mention about money for maintenance of these trees.) In addition, a newly established Woodland Carbon Guarantee Scheme will support the planting of around 10 million woodland trees by purchasing up to £50m of carbon credits for qualifying tree planting.

But England’s tree planting record is lagging behind other EU countries, with 10% woodland coverage (in comparison with 30%+ in Germany, France and Italy). More significantly, over the next five years it is likely that England will suffer a net loss of trees through ash dieback.

Telford, the ‘Forest City’, is so named by the former Development Corporation that planted over 15 million trees and saplings as part of the early landscape for the new town. The trees are part of the borough’s green heritage, but taking care of them is a mammoth job.

A new social enterprise, which is the vision of charity Small Woods working with Telford & Wrekin Council, will help to look after some of the 500 hectares of council-owned woodlands and use them as venues for social, craft and training activities that boost people’s confidence and wellbeing.

Professor Alan Simson ran the Afforestation Programme at Telford for over 10 years.

‘[I was involved in] planting something like 7 million trees of 138 different species,’ Alan said. ‘That work was partially responsible for colleagues from Scandinavia and Italy inviting me to help write the first European COST Action on Urban Forestry – COST E12 – which ran from 1997-2002 and established urban forestry in Europe as a specific scientific domain.’

What a fantastic legacy for the 50th anniversary of Telford New Town!

How could a ‘no-deal’ Brexit affect the plant trade?

The UK government has published a Brexit ‘no deal’ guidance note concerning importing and exporting plants and plant products. The LI Plant Health and Biosecurity Group responded, issuing a comment to LI members in a recent Vista newsletter.

Climate change is threatening the health of trees and woods. A coordinated response is necessary to help them adapt and become resilient to current and projected effects.

As highlighted at the recent APF show, a significant group of public and private organisations have identified 13 priority actions – covering policy, research and practice – and pledged to work together on them over the next five years. The Action plan for climate change adaptation of forests, woods and trees in England, recently published by the Forestry Climate Change Working Group (FCCWG), represents the 35 organisations who signed a Forestry Climate Change Accord in 2015.

New legislation was introduced in August to protect oaks in protected zones against the risk of introducing oak processionary moth through import and movement. The legislation prohibits the movement of oak into the protected zones unless specific conditions are met.

New import restrictions on Olive trees come into force on 26 November 2018. From this date, importers of olive trees must notify the Animal and Plant Health Agency (APHA). The statutory notification scheme for imports of certain plant and tree species from other EU member states will be extended on 26 November 2018 to include Olea europaea (common olive), in order to provide additional protection against the introduction of Xylella fastidiosa which was recently found in Belgium.

New safety guidance for felling dead ash trees has also been published in response to increasing incidences of accidents / near misses from chainsaw felling dead and diseased ash.

Keep an eye out…

First recorded in Europe in 2003, the Elm zigzag sawfly has spread and was identified in Britain in 2017. The species specialises in elms (Ulmus spp.) and appears to feed on all three elms commonly found in Britain.  Larvae feed on the elm leaf tissues, producing the characteristic ‘zigzag’ pattern of feeding damage. 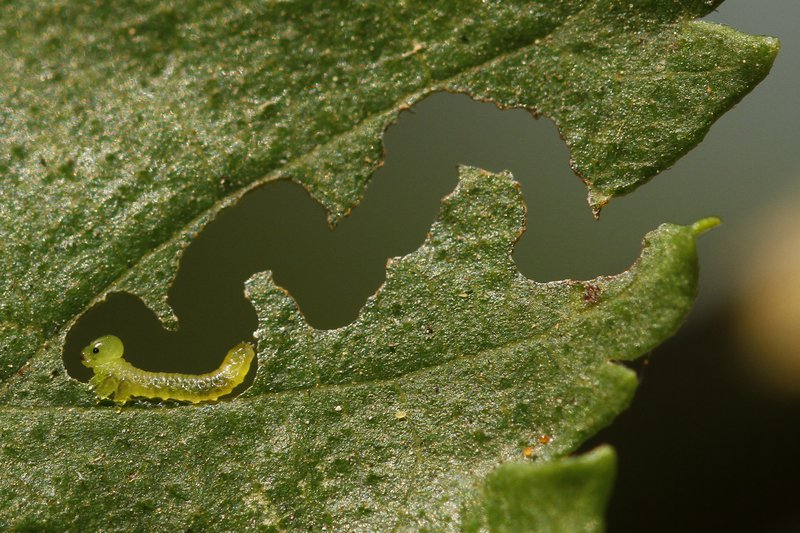 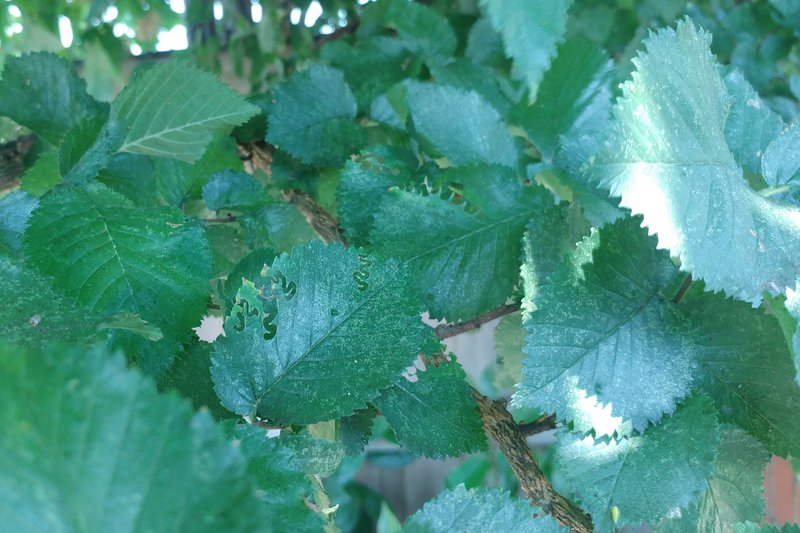 The pest was first identified in Surrey in 2017. But in June this year, further reports came in from across a wide area of South East England and the East Midlands.

Waiting in the wings? A native of North America, oak lace bug has been in Europe since at least 2000 – but so far, not in the UK. Initially reported in northern Italy, it is now found in at least 11 countries in continental Europe. It is a pest of Quercus (oak), but can also feed on a range of other broad-leaved trees. The pest feeds on leaves, and large populations can cause severe yellowing, then browning of the foliage and premature leaf drop.

The Forestry Commission, with input from the Animal and Plant Health Agency (APHA), the Arboriculture Association and the British Association for Landscape Industries (BALI), has developed a free e-learning package of 4 15-minute modules. The training outlines the main tree pests and diseases (current and potential), and provides clear guidance on the most effective and appropriate biosecurity measures to use in different situations.

Out of the Woodwork

Use of woods and trees

A corner of the old North Wood at Streatham Common is being used part time as a forest school, and you can see and hear the children and parents’ growing understanding and excitement of this environment. Not in 20 years has there been so many children’s voices in this wood. But landowners at Toys Hill are less in favour of starting young.

Engagement: Five great autumn activities to try with kids in the forest

Conferences (past and future) and other resources