The consultancy received the accolade in the LI-sponsored category for their work on the Muslim War Cemetery Peace Garden at Horsell Common, Woking 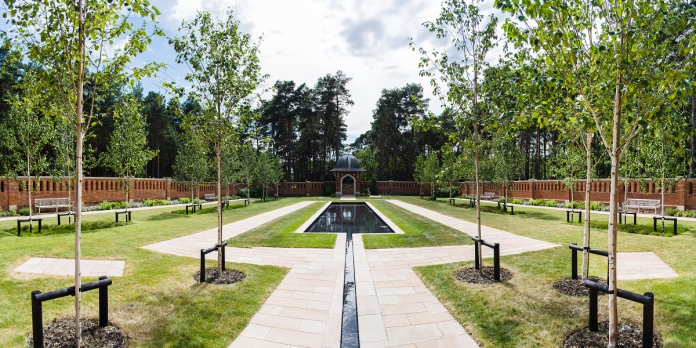 The firm received the accolade for their work on the Muslim War Cemetery Peace Garden in Woking, Surrey, on behalf of Woking Borough Council and Horsell Common Preservation Society.

Founded in 1917, Woking’s Muslim Burial Ground commemorates the three million Indian service personnel who fought alongside the Allied troops during the First and Second World Wars. Renovation of the site took place between 2012-15, with terra firma responsible for designing the new memorial garden.

Read more about the project here.

About the Street Design Awards

The Street Design Awards celebrate best practice in street design schemes completed by, or on behalf of, UK local authorities. In December 2018 the organiser, Local Government News magazine, announced the relaunch of the Awards for 2019. The Landscape Institute sponsored the Urban Green Space category.

There are 5 categories in total, which between them attracted over 100 entries. They are:

Full details of all the winners of the 2019 Street Design Awards will be published in the June issue of Local Government News.