Home Beware the birch and the unknown invader 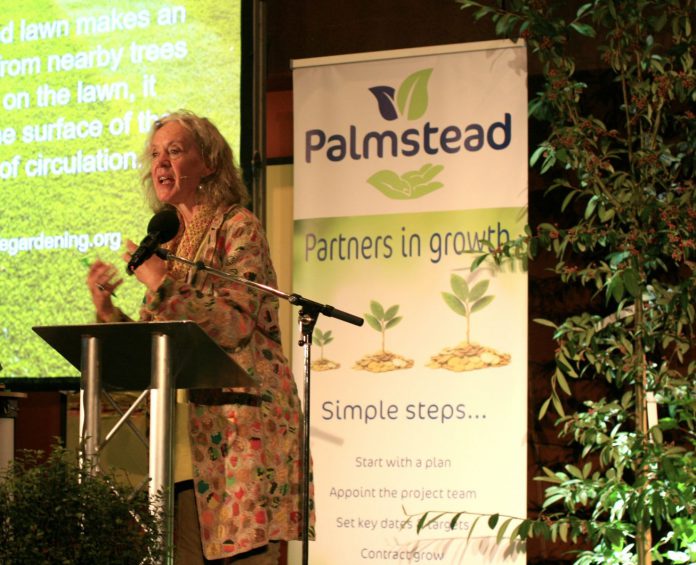 Health and wellbeing were the topics tackled at this year’s Palmstead Nurseries soft landscape workshop, titled ‘What have plants ever done for us?’.

Speakers looked at both the positives and negatives of working with plant, with the first speakers issuing a warning about unsuitable plants. Shenagh Hume and (SGD award-winning designer Jackie Herald spoke about high-pollen plants, allergies and asthma and referenced the problems caused by the proliferation of silver birch trees in urban areas.

Following a career in medicine, treating people with severe allergy and asthma in the UK’s largest allergy centre at Guy’s Hospital in London, Shenagh Hume qualified as a garden designer. She told the audience that her first assignment as a garden design student had a brief which included the very trees she had been injecting her patients against: the birch!

The duo introduced the audience to the OPAL scale devised by American Tom Ogren, explained in his book The Allergy-Fighting Garden. The scale measures the allergenicity of plants on a scale from 0 – 10, with 10 being high. Herald and Hume use Ogren’s scale as a guide and don’t incorporate plants in their designs that score higher than 5 on the OPAL scale.

Dr Mark Spencer, a forensic botanist, looked at biodiversity and warned of the unforeseen consequences of unthinking movement of plants.

He is interested in invasive species and biocontrol and environmental change; particularly phenology (the study of cyclic and seasonal natural phenomena). He takes observational data from the natural world and uses it to understand the shift in biodiversity.

‘The sum total of our dependence and our experience of the world comes via biodiversity,’ he said. ‘We live in a world which sustains and enriches our lives – we’re at our happiest and sanest when we are in wonderful landscapes.

‘There is an interesting concept of ‘pangaeafication’ – the idea that as human beings we have moved biota all over the world; mixing everything up as if we are making a big cake, blending the ingredients so that the evolutionarily distinct organisms from North America are now present in Europe. It wasn’t until the continents broke up and plants evolved that we had diversity. Now the world is becoming more globally connected it’s as though the tectonic plates have joined up again.’

Dr Spencer pointed out that this movement of species not only leads to non-natives outperforming natives, but it also dilutes cultural identity.

Dr Spencer looked at invaders and asked how the industry could’square’ some of the problems it faces thanks to non-natives. ‘We often choose nice plants to make creatures happy but it’s actually hard to ensure that these actions don’t have the opposite distractions for us. If we bring a plant from Southern China, e.g. Ailanthus (tree of heaven), then we are taking it from an environment where it has natural predators and pathogens and put it in an environment where there are none; by stripping away the pathogens it’s been given a natural predator release and BOOM the plant is chocs away! This subtle shift in environmental conditions tips things so that seedling production kicks off and we end up with hundreds of thousands of seedlings in the London area.’

Dr Tijana Blanusa, a leading RHS scientist based at University of Reading, focused her talk on how specific plants can add to the environment in terms of benefits such as cooling, water capture, sequestration of pollution and biodiversity support. She also looked at how the application of science can help designers in their quest to select the right plant for the right place.

‘The choice of species is very important and significant and appropriate use and choice of species could help with issues such as pollutant capture, run-off and cooling,’ she said. ‘A tree can moderate air temperatures, trap pollutants, capture rainfall and BVOC emissions. We are beginning to see that there is overlap between the traits of cooling and pollutant trapping.’

Anne Jaluzot, an urban planner specialising in green infrastructure and sustainable urban design, spoke about heat waves and how poorly understood they are in the UK in particular. She underlined how important it is that planners, builders and landscape architects understand how to mitigate and reduce the heat island effect in our cities otherwise heat-related deaths will be ‘dire’.

She said: ‘Climate projections using medium emissions scenarios will see an air temperature rise of 6.5ᵒC degrees on an average summer day and possible plus 10ᵒC on a hot day by the end of the century. Temperatures from the 1976 heatwave will be a common day (rather than a hot day). We can’t prevent hot weather from occurring but it is possible to limit how much the urban realm intensifies hot weather.’

Jaluzot looked in depth at Garibaldi Street in Lyon in France which until recently did not have a Mediterranean climate but now experiences a climate similar to Marseille in the 1940s.

She said: ‘Lyon isn’t built for summer weather (the buildings weren’t built or designed with air con) but the city is feeling the heat.’

She added that integrating the landscape plan with the transport objectives was really important in Lyon:

‘Cities change fast; transport and infrastructure projects are a big delivery channel of change with budgets dedicated to it. Lyon is relevant to the UK – it has used trees as a means to an end not an end in themselves. Trees and plants are being used to deliver multiple specific benefits. There are specific health objectives in getting people to walk, cycle more, and clear transport objective and cooling objectives. There was an understanding right at the start of what they wanted from the planting scheme.

Nick Coslett, marketing manager at Palmstead, lamented the lack of a tree policy by the Transport for London team and suggested that the landscape industry suffers when it comes to influencing policy because ‘it’s deeply fragmented and the dissemination of peer-reviewed scientific work rarely reaches us.’

Garden designer Jinny Blom set up her design practice in 2000 in London and has a portfolio of work in the UK, Europe, Africa, Middle East and the USA. Last year she became a board member of the Therapeutic Landscapes Network, an American not-for-profit organisation that provides information, education and inspiration about the relationship between health, well- being and landscapes.

Blom is also artist in residence at Chelsea and Westminster Hospital, where she has been using art to improve patient experiences. She said, ‘coming from a health background, I very much like keeping my hand in.’

The projects within the hospital are being monitored and she said, ‘everything has an academic background to it so that we can prove that the budget is being used to positively affect patients – we need to show that these projects are successful and have an impact and reduce hospital budgets overall so that we can roll it out across the NHS.; The evidence is strong and is improving.’

The interior garden at the Chelsea and Westminster designed by Blom is used within the hospital as a quiet space for the patients, staff and visitors to enjoy, and she said: ‘it’s been proven to improve cognitive function and is a fantastic place for patients who aren’t allowed or able to leave the hospital – this is a big group – and it has been used as part of their rehab.