Proposal looks at intersection of urban and ecological systems 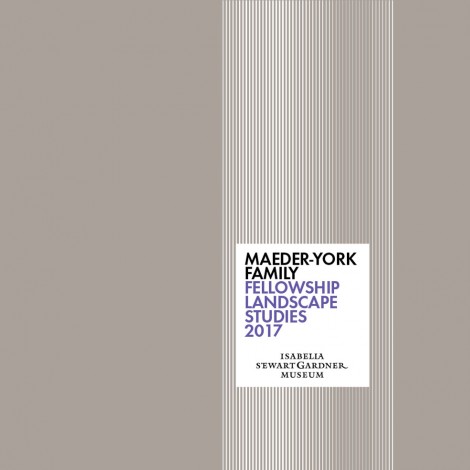 The Isabella Stewart Gardner Museum has announced Nicholas Pevzner as the 2017 Maeder-York Family Fellow in Landscape Studies for his proposal ‘Thick City Energy Landscape’. Pevzner will be in residence at the museum in June and July 2017, with a monthly stipend and an apartment and studio space in the modern wing of the Gardner Museum.

The Maeder-York Family Fellowship in Landscape Studies is an annual award that recognises designers whose work engages with the public realm, ecology and urbanization of the greater Boston metropolitan area. Created in 2012, the Fellowship seeks to identify work that embodies landscape as a design medium for the public realm.

Nicholas Pevzner is full-time lecturer in the Department of Landscape Architecture at the University of Pennsylvania School of Design, and is Co-Editor-in-Chief of Scenario Journal, an online publication devoted to showcasing and facilitating the emerging interdisciplinary conversations between landscape architecture, urban design, engineering, and ecology.

He said of his appointment, ‘The links between natural gas infrastructure, climate change, tree mortality, and effects to the health and quality of the public realm have been under-explored. The support and resources that the Maeder-York Family Fellowship offers will be invaluable as I explore the intersection of these urban and ecological systems, tracing the spatial manifestation of energy infrastructure and its imprint on urban form and public realm.’