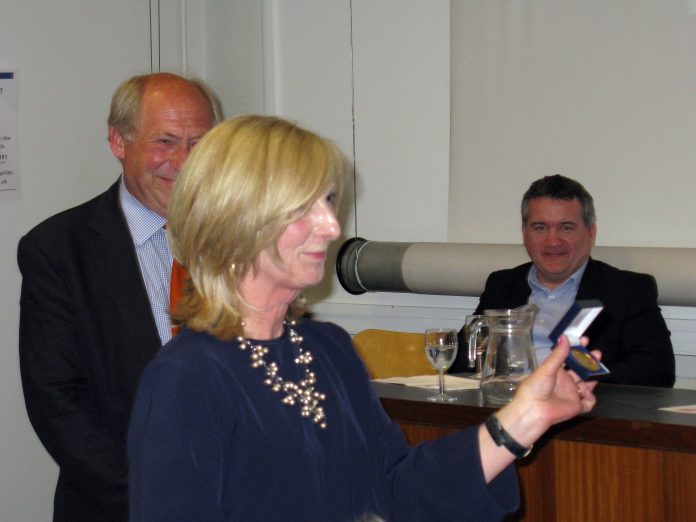 Landscape Institute Scotland (LIS) has thanked members who attended the 2017 AGM in April to reflect on the life and work of Mark Turnbull FLI, former chair of the Scotland branch, who died last year.

The celebration included testimonials from colleagues, clients and friends on Mark’s role and influence. Speakers discussed Mark’s time at university; his early years in the USA, including his work on the award-winning Megget reservoir project; his technological advancement in 3D visualisations and early computer software for visual impact assessment; his important role as an expert witness; his contribution as Commissioner of RFACS, work with the Countryside commission and ground-breaking work for the Lingerbay Quarry public inquiry on Harris; and his lasting influence on other professionals. Architecture and Design Scotland’s Karen Anderson also chaired questions and anecdotes from the audience.

Following the presentation, Architecture and Design Scotland’s Karen Anderson chaired questions and anecdotes from the audience. Sharon Turnbull, Mark’s widow, then accepted the Landscape Institute’s Gold Medal Award on Mark’s behalf from LI President Merrick Denton Thompson. Merrick said: ‘Mark was like a pebble thrown into a pond – the ripples of his influence still continue.’

LIS has recorded the presentations and speeches and invite members who could not attend to view the recording on their branch website, along with the draft minutes of the AGM.

See the recording on scotland.landscapeinstitute.org. 24 February 2022
0
Submitted by LUC LUC supported the consenting of a 450 MW wind farm off the east coast of Scotland. LUC...

24 February 2022
0
Watch the first of our COP26 events around climate change & sustainability in association with the GIA Karen Esslemont of OPEN for...