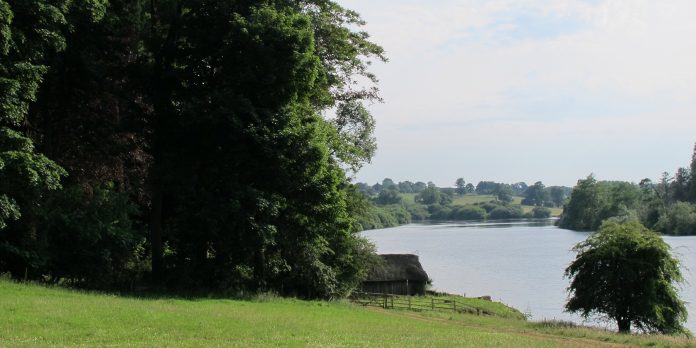 Following detailed research by landscape historian and writer Steffie Shields and LDA Design, Historic England has extended the designation of the Belvoir Estate in Leicestershire to include the previously overlooked Knipton Reservoir.

The reservoir is now included in the boundary and description of Belvoir Castle on Historic England’s Register of Parks and Gardens. Leicestershire County Council has also recognised the site by adding it to the county’s Historic Environment Record of archaeological remains and historic buildings.

Situated within a parkland setting that has close associations with Capability Brown and Harold Peto, among others, Knipton Reservoir was designed to feed Grantham Canal. This 33 mile-long industrial canal is thought to be the first in England to rely on floodwater reservoirs. It was built in 1797 between Nottingham and Grantham to extend the network for transporting coal and bulk fertiliser.

Capability Brown expert Steffie and LDA Design’s Ian Houlston conducted research that revealed, for the first time, the historical significance of the reservoir. It was designed to be a striking feature in a naturalistic setting, with new plantations to enhance its visual and aesthetic appeal and frame views to local church spires, a boathouse and nearby cottage.

The serpentine reservoir dam is crossed by the Croxton Avenue riding, which has also been included within the registered boundary.

‘Knipton Reservoir is a significant part of England’s industrial heritage,’ explained Steffie, who has authored a detailed report on the site. ‘Unusually, it was designed to provide flood protection and grow the local economy, at the same time providing a place of recreation and beauty in the Brownian picturesque manner so successfully that it attracted Royal visitors.’

Ian added: ‘The reservoir is an early example of how engineering performance and aesthetics can be aligned to integrate innovative large-scale infrastructure into its wider landscape setting to enhance rather than diminish. We can learn so much from the thinking and engineering expertise behind Knipton in approaching tomorrow’s infrastructure, such as HS2.’