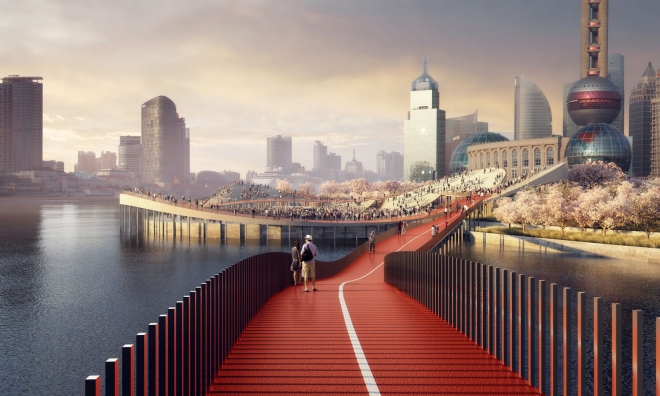 International practice Hassell has been shortlisted in a design competition for a 21km stretch of waterfront on Shanghai’s Huangpu River.

Working with French architect TTT, the practice has come up with a proposal for a continuous woodland in which two million trees would be planted (one for each of Shanghai’s children).

The site runs along the East Bund in the New Pudong area of Shanghai, encompassing the former World Expo 2010 site and the city’s financial district as well as a lot of industrial infrastructure. The brief was to increase public access and build “world-class waterfront open spaces”.

The linear forest would, says Hassell, “have a significant impact on the city. It would expand green space in the city centre by 25 per cent, improve air quality and energy efficiency, create new places to gather and celebrate, and actively support Shanghai’s aspiration to become a more sustainable, attractive and prosperous world city.”