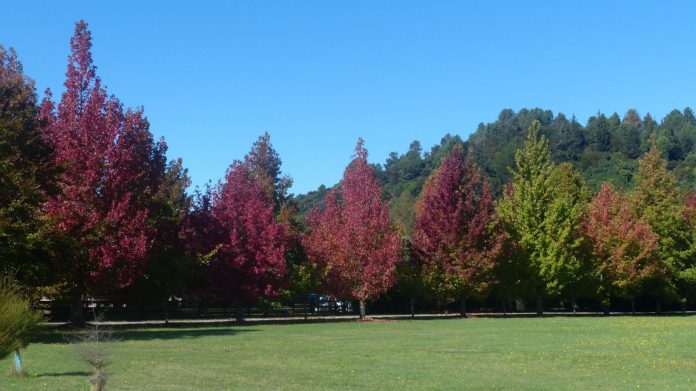 The Arboricultural Association (AA) has just published a position statement on biosecurity in arboriculture and urban forestry. This is an eight-point document which outlines the Association’s commitment to promoting the implementation and understanding of good biosecurity practices to help in protecting the future of the UK’s trees from the introduction and spread of tree pests and diseases, and invasive tree species. You can see it here.

Colin Hambridge writes: ‘I spoke to Simon Cox, the AA’s technical officer to find out more. He told me the board of the Association had agreed to raise awareness of biosecurity in 2016 because it believes this is now a key issue in arboriculture. So how does he think the statement will be received by the industry? He said ”While not all the guidelines are applicable to all people, there is great scope for them to be taken up by many sectors of arboriculture. For example, Kew Gardens and good landscapers are working according to similar principles already, but these guidelines may come as a shock to some”.

‘The Department for Environment, Food & Rural Affairs (DEFRA) and the Forestry Commission (FC) have also put out guidelines. The FC’s website includes details of its “Biosecurity – Keep It Clean” campaign.

‘When I asked about how the statement will affect the AA’s approved contractors, Simon explained biosecurity is already mentioned, but this statement goes deeper and will require them to have a policy; the plan is for this policy scheme to be introduced either later this year or in 2017.

‘Simon is concerned that with many trees being imported, we have less control over them, as witnessed by the succession of problems to which trees have been subjected in the last 15 years. He also sees climate change as another potential threat. ”This document is not an answer to all biosecurity problems, but it is a beginning. Our statement is an industry-led first step to build on the positive steps so far undertaken mainly by governmental organisations”.

‘What does the future hold? ”This is just the beginning”, said Simon. ” Our position statement paves the way for further, more detailed guidance and suggested requirements for our industry. We are already helping those who wish to implement company-level biosecurity policy by producing a free-to-download outline document, which will soon be available from our website”.

‘I note the principles espoused in the position statement are supported by DEFRA, FC, the Institute of Chartered Foresters, the National Association of Tree Officers, the Society of Garden Designers, the Trees and Design Action Group and the Royal Botanic Gardens Kew – an impressive list by any standards.

‘Nurseryman Keith Sacre is vice chairman of the AA, and is a man who has strong views on biosecurity. He told me “It is a real and ever-present issue all users of trees must face. We can’t simply expect the authorities to take a lead – it requires companies and individuals to take responsibility for their actions.  The threats posed by pests and diseases have to be faced, and I feel it is irresponsible to ignore them and the actions we must take to prevent their arrival and proliferation. I hope the industry will rally behind the Association and give our statement its full support”.’