The built environment has had a significant impact on biodiversity loss. Adam Cane, Sustainability Lead at ACO Water Management, introduces Habitat Matters – a series of webinars and podcasts taking place in the runup to COP26, which look at how we can create, maintain and improve natural habitats in the built environment.

It’s surprising to think, looking at the volume of green spaces across the UK, that we are actually one of the most biodiversity-depleted countries in the world.

Concerns do not end in the UK, either. The recent Intergovernmental Panel on Climate Change (IPCC) report on climate change highlighted critical levels of concern over the loss of wildlife habitat, with rising temperatures set to have alarming and irreversible consequences. It was a stark reminder that action is necessary worldwide to combat the damaging impact of climate change.

The government has set out a strategic plan to reach net zero carbon emissions by 2050. But the IPCC report has shown the need to ramp up efforts to protect biodiversity and habitats, while simultaneously lowering carbon emissions.

The National Biodiversity Network (NBN) State of Nature 2019 report found that Britain’s terrestrial and freshwater species are declining at a rapid rate.

By the turn of the 20th century, tree coverage in the UK had also declined by over 90%. It has since bounced back to 13%, but compared to the EU average of 35%, we still have a heavily depleted and fragmented tree stock.

This reduction in green and blue infrastructure has a massive knock-on effect for biodiversity. It also effects physical and mental wellbeing among humans. We are part of this biosphere, and every negative impact we have on our environment is detrimental to our own prosperity.

The impact of the built environment

The built environment has had a significant impact on biodiversity loss. Land use and construction practices contribute to the removal of natural habitats, causing fragmentation. This affects genetic diversity and inhibits migration and occupation of a wider range of habitats.

The construction industry can help mitigate climate change and benefit biodiversity in the built environment. Nature-based solutions include:

Read more: Landscape for 2030: How landscape can respond to the climate crisis

Legislative change is coming, but there are arguments that it does not go far enough to protect biodiversity.

BNG could help deliver measurable improvements by creating or enhancing habitats in association with built environment assets. To help planners understand potential gains, Natural England launched its Biodiversity Metric 3.0 in July. More recently, WSP and the Ecosystem Knowledge Network launched the Nature Tool for Urban and Rural Environments (NATURE). These toolkits can be used by any development project, consenting body or landowner that needs to calculate biodiversity net gain in England.

But sufficient accountability measures are needed to ensure long-term planning is in place. This necessitates planning expertise, particularly when considering maintenance and management of the built environment. In addition, ‘built habitat’ mapping should be recorded in the same way as species. This information – overlayed with observation of biodiversity data – will help to outline the effectiveness of the ‘built habitat’ over time. This will be an element of the Habitat Matters programme.

The Environment Bill isn’t the only important update in the UK. COP15, the Convention on Biological Diversity’s next summit, will take place in October. Here, the Convention will present the first detailed draft of the new post-2020 global diversity framework.

COP26, the UN’s climate change summit taking place in Glasgow between 31 October and 12 November, is also very significant. Bringing together countries from across the world, the conference will show how nations are planning to reduce their emissions and enhance biodiversity. We can expect added pressure on the construction industry to lower carbon-intensive practices and implement biodiversity protection during the design phase of future projects. Whether it’s planting trees in urban developments or diverting roads away from natural habitats, there will be more expectation for planners to consider biodiversity.

It’s important for our sector to take proactive steps towards an environmentally sustainable future. To support the construction industry, ACO has collaborated with 60 partners and supporters to launch a new campaign that aims to explore the challenges we face. Habitat Matters is a series of webinars and podcasts looking at how we can create, integrate, maintain and improve natural habitats in the built environment, better protecting biodiversity and habitats in the UK.

The series runs up to COP26, and will also be available on demand. Hosted by a number of industry leaders, government representatives and partner organisations, the events cover a number of topics, including environmental policies and guidance, natural solutions, and how the UK population can engage in biodiversity conversations. 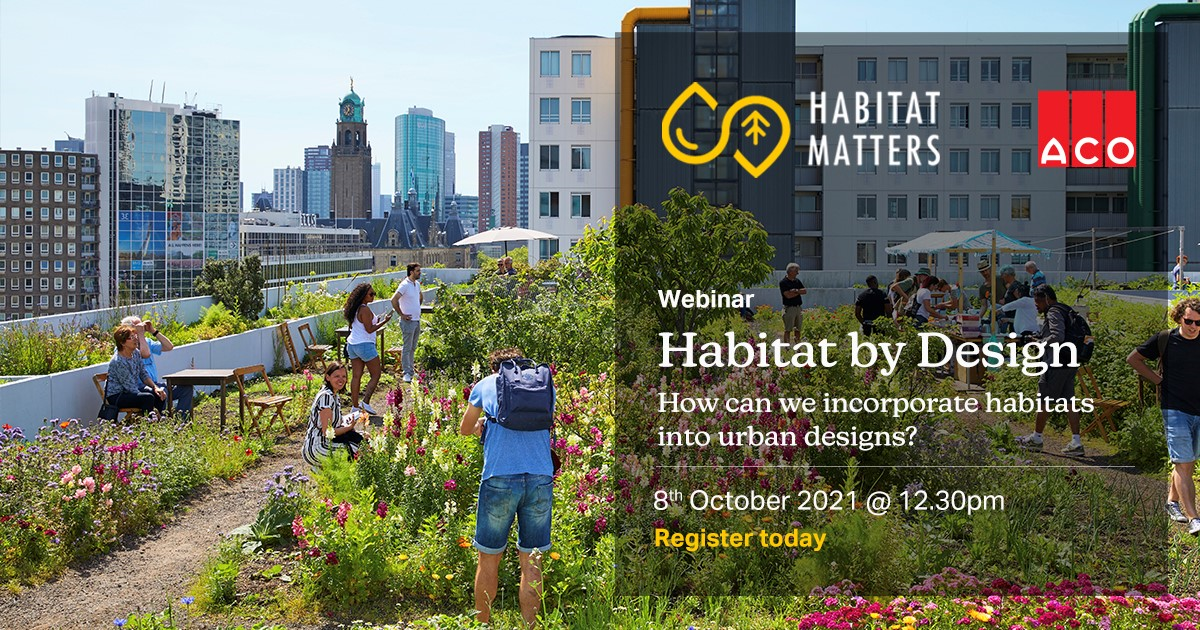 The webinars are free to attend, with the next event taking place on Friday 8 October. Titled Habitat by Design, the webinar explores how we encompass biodiversity into our designs – looking at guidance and legislation along with key infrastructure schemes.

The full schedule and booking information is available on the Habitat Matters website.

We all have an important role to play in the future of our habitats. Whether it’s changing our own habits or participating in nature-embracing initiatives such as data collection or volunteering, we can all play a part in bringing about a sustainable future. 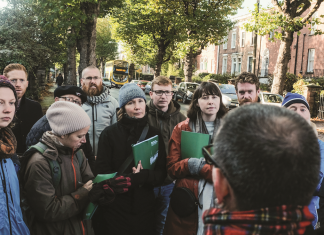 14 October 2021
0
That urban greening is imperative to the health and wellbeing of our communities and planet is not in question; what is in question is how it’s delivered, writes Meaghan Kombol. In this blog, Meaghan discusses Dublin City Council's work on Greening Stoneybatter, and how this approach to co-design can empower a new model of urban greening.

Reclaiming the Shoreline/The Terrain of Water – A Year of Coasts...