Home What does the Urban Greening Factor mean for London?

The Urban Greening Factor is a major policy initiative coming through the London Plan. Its delivery will require the involvement of landscape professionals far earlier in the design and planning process, writes LI Head of Policy and Influencing Aaron Burton

The Urban Greening Factor is a major policy initiative coming through the London Plan that will affect the work of LI members. To deliver against this new policy requirement will require the involvement of landscape professionals earlier in the design and planning process.

Samantha Davenport from the Greater London Authority (GLA) LI members at the LI London branch AGM on 2 April to discuss the Urban Greening Factor in her guest presentation Greening the Growing City.

A green city and green infrastructure

London’s status as a green city been supported by protection of green spaces from the 1943 County of London Plan to 1980s integration of conservation areas for habitats into planning policy. This can be seen in the GLA’s green cover map, and increasingly we are looking at the function of this green space and how it can deliver green infrastructure.

The city faces many pressures, including:

The network of green spaces, rivers and wetlands (as well as features such as street trees and green roofs) that is planned, designed and managed to deliver a range of benefits, including:

What is the Urban Greening Factor?

The Urban Greening Factor (UGF) is ‘A tool that evaluates and quantifies the amount and quality of urban greening that a scheme provides to inform decisions about appropriate levels of greening in new developments’. The aims of the UGF include:

The UGF is set out in Policy G5 of the Draft New London Plan. It aims to increase green cover and be considered at the beginning of the design and planning for new buildings and developments. This was designed based on evidence from similar schemes that have been implemented internationally and in the UK. (See report.)

The UGF is calculated based on a range of factors in a table for different greening factors (example below). Boroughs can develop their own targets; however, the London Plan recommends a target score of 0.4 for predominantly residential developments, and a target score of 0.3 for predominantly commercial developments. Existing green cover on site that is retained can be counted towards the score, and where this existing green cover is protected for reasons such as biodiversity or as open space other relevant planning policies will continue to apply in addition to the UGF.

A range of example case studies were presented at the London AGM. Below is an example of a scheme that had a UGF of 0.26, but with 75% of the roof level surface as extensive green roofs this could be increased to 0.41. Research by the GLA on planning applications shows that to retrofit designs, the most common approach is green roofs; however, if the UGF is considered earlier in planning, some of the wider measures can be implemented.

The range of quality surface cover types that can help improve UGF scores are outlined below. An example from practice is also provide below with the landscape on the left achieving 0.5 for the perennial planting, versus the more biodiverse rain garden on the right achieving 0.7.

What does this mean for landscape professionals?

The UGF is likely to be a major driver for landscapes in London. Based on the practical research on planning applications by GLA, considering the UGF up front will provide better outcomes. This supports landscape-led planning where the green infrastructure is designed earlier in the process. Where we can learn from best practice this can be applied in other areas of the country and the LI can help produce these case studies and make the case for UGF as a tool to support landscape-led approaches in planning and policy.

A discussion on the UGF followed the presentation by GLA. This recognised that the UGF does not set out what is the right type of greening for a specific location but instead is a tool to support greater inclusion of green infrastructure into new developments in London to help meet targets for green cover across London. There is also an opportunity for LI members to provide feedback to the GLA on how the UGF works in practice. Some members raised concerns about the quality of open and play spaces linked to UGF and the GLA response was that these are still covered by other elements of planning policy in addition to the UGF. Maintenance of green infrastructure was also raised as an issue, where the quality may decrease over time. Currently this isn’t covered by planning but there are mechanisms to fund management of landscapes and green infrastructure through the private rented sector and wider funding sources need to be identified to address this.

Finally: the UK Government has announced that Biodiversity Net Gain will become mandatory in England for new developments. UGF will be delivered on-site and still needs to be met; even if, for biodiversity net gain, a developer is looking to off-site solutions. 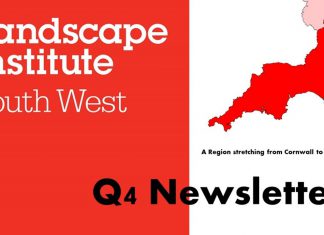