Morag MacGregor is one of three Student Travel Award 2014 recipients. She recently visited Portland and Oregon to investigate Green Infrastructure – this is the first of two blogs about what she learnt and experienced.

In my time studying Landscape Architecture at the University of Sheffield and working in practice, I have become very interested in creative strategic planning and how it can be utilised to sculpt sustainable cities.

I used my Landscape Institute Travel Award to visit Portland, Oregon to assess the outcome of an early groundbreaking strategic plan which has since been hailed as the ‘first modern planning document’ (Bello,1993). The Downtown Plan was produced in 1972 and pioneered the people-friendly-city approach in the U.S.A. The whole plan was based on the assumption that “the highest priority must be given to the human element; to enhancing liveability; and to fulfilling the human need for open space.”(The Downtown Plan, 1972). I wanted to see if forty years on the lofty objectives of this plan and its successors had been fulfilled.

Central Portland in the early 1970s was suffering, like many other American city centres, from serious decline. The downtown area was viewed increasingly negatively; flight to the suburbs occurred on a large scale and large scale demolition had lead to a city centre dominated by parking lots. Proposed skyscraper developments endangered important views to the Willamette River and out into the surrounding environment, including to Mount Hood, a scene which defines Portland. The Downtown Plan chose to prohibit high-rise development especially along the Willamette River, instead stimulating activity along the waterfront by creating ecologically sensitive promenades on both sides of the river. Visiting these promenades this year, I found well-used, valuable places for recreation as well as thriving craft and farmers markets.

The Downtown Plan also transformed many of the parking lots dotted throughout the city centre into public open spaces. One such space is Pioneer Courthouse Square, locally referred to as ‘Portland’s Living Room’. This wide plaza is the key openspace in central Portland and lives up to its affectionate nickname. I visited it on multiple occasions and found the square’s edges continuously occupied, while the central open space hosted numerous events in the duration of my short stay. During its development, the square experienced funding problems, but money was raised by the sale of 50,000 bricks inscribed with the names of local people who paid to ensure that the square became a reality. These pave the urban plaza now, a reminder that Pioneer Courthouse Square belongs to the people of Portland. The square was rated the world’s 4th best city square by Project for Public Spaces and is an example of how the prerogative to place people before parking has left Portland with a vibrant, inhabited urban realm.

Another reason I was keen to visit Portland was the city’s reputation as a pioneer for Sustainable Urban Drainage. While I was there, I visited rain gardens attached to schools, municipal building green roofs and numerous examples of roadside swales all over the city. I was struck by how these small scale designs dramatically improved streets, even discounting the drainage benefit. I saw examples where swales had utilised dead space, enabled an increase in the pedestrian area, facilitated safer crossing points and safer roads. The approach was simple but effective. It was reassuring, after years of suggesting SUDs, in student projects to see them working. I did find my concern that such spaces would become collecting grounds for rubbish had some grounding in fact, but I thought the impact of this was outweighed by the positive contribution to the streetscape.

When I visited Portland, I knew that it was a city which had been very effectively planned and a place with excellent credentials in Sustainable Urban Drainage. What impressed me most about the city, however, was something I learnt from experiencing it first hand. What I took away most from visiting Portland was the strength of the design narrative based around water which underlies many of its central openspaces. This began when Lawrence Halprin was commissioned to design a succession of plazas. These connecting squares; Source Fountain, Lovejoy Fountain Plaza and Pettigrove Park were designed to represent the stages of the watercourse from source to mouth. They embody Portland’s relationship with its rich natural surroundings and in doing so represent a key facet of the city’s character.  Such was their success that Halprin was invited back to design Forecourt Fountain, which has since been renamed Keller Fountain Park. This is a site which I have admired for a long time and it was really thrilling to visit it. There was much more to this square than the dramatic frontage that struck me in pictures of it. I found that the form of the park provided sophisticated, reflective niches and spaces. The dominance of the sound and sensation of water in the square allows it to be a quiet, reflective space and a place for children’s play without these uses conflicting. Halprin wanted to create fountains which were accessible and interactive. He was a key player in developing the idea that fountains should be experienced not just viewed.

Alone these spaces would provide Portland with a legacy of exemplary urban design, but the city has continued to evolve the narrative of Portland’s relationship with its watershed by creating new spaces which build on  this theme. Jamieson Square in the Pearl District utilises water to create a place which, without being designated as a play space, facilitates creative play while catering for other demographics. Tanner Springs Park, another design which I was impressed with before visiting Portland, tells the story of the pre-industrial wetlands which dominated the area by stripping back the historic landscape layers.

The Downtown Plan prioritised public spaces within the city centre. Some of these spaces have become internationally recognised examples of urban design. The city centre’s early start in fostering sustainability has provided it with innumerable benefits and I believe has paved the way for pioneering developments in sustainable urban drainage and in design. In Portland I found a place with high quality urban spaces, both old and new, which carried a message about the identity and the mindset of the city. I know that these developments would not have been possible if it had not been for enlightened and creative thinking at the planning level. 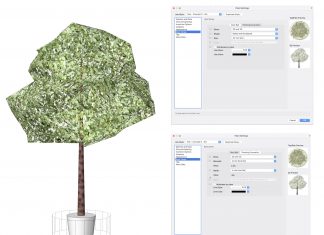