Some of the recent news about Fraxinus and the pest species that trouble it.

Ash Dieback (ADB) has now spread to almost every part of the UK and restrictions on the movement and planting of ash in UK have now been removed. If you specify Fraxinus spp. for a trial planting in some projects, the LI has been given some advice on species selection by Professor Richard Bugg of the Royal Botanic Gardens, Kew (RBG Kew):

Selection and breeding programmes for resistant trees in the long term have started and we will update members with news of their progress. As one example, 3000 ash trees have been planted in Hampshire as part of a DEFRA funded project – a collaboration between RBG Kew, Forestry Research, FERA and Future Trees Trust. This is a five year trial to identify which of the trees selected from across Britain are most tolerant to ADB and useful for timber production and biodiversity.

A paper from the UK Government last year looked at conserving our ash trees and mitigating the impacts of pests and diseases of ash. It examines a vision and high-level strategy for ash research and considers ADB and EAB in mainland Europe and UK.

The simple message from the John Innes Centre remains though that Emerald Ash Borer must be kept out of UK for as long as possible – by restricting the movement of ash wood as timber and firewood from areas affected by EAB (or neighbouring areas). 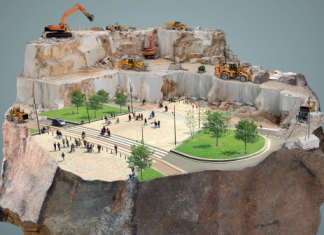 9 July 2021
0
Marshalls has been engaged in the elimination of child labour in the Indian sandstone industry since 2005. They made a promise to support and uphold the rights of children through their participation in the UNGC and their commitment to Children’s Rights & Business Principles. Their human rights and children’s rights policy statements make their stance clear.